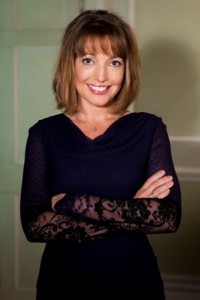 ROXANNA PANUFNIK b.1968 ARAM, GRSM(hons), LRAM studied composition at the Royal Academy of Music and, since then, has written a wide range of pieces – opera, ballet, music theatre, choral works, chamber compositions, and music for film and television – which have been performed all over the world.

Highlights of her works include Westminster Mass, commissioned for Westminster Cathedral Choir on the occasion of Cardinal Hume’s 75th birthday; The Music Programme, an opera for Polish National Opera’s millennium season which received its UK premiere at the BOC Covent Garden Festival; and settings for solo voices and orchestra of Vikram Seth’s Beastly Tales – the first of which was commissioned by the BBC for Patricia Rozario and City of London Sinfonia. All three Tales are available on disc.

Roxanna has a particular interest in world music – a recent culmination of this was Abraham, a violin concerto commissioned by Savannah Music Festival for Daniel Hope, incorporating Christian, Islamic and Jewish music. This was then converted into an overture, commissioned by the World Orchestra for Peace and premiered in Jerusalem under the baton of Valery Gergiev.

Recent premieres include her oratorio Dance of Life (in Latin and Estonian), incorporating her fourth mass setting, for multiple Tallinn choirs and the Tallinn Philharmonic Orchestra (commissioned to mark their tenure of European Capital of Culture 2011 and recently recorded – in English – for release on Warner Classics 2014) and Four World Seasons for violinist Tasmin Little and the London Mozart Players, which was broadcast live on BBC Radio 3, launching their Music Nation Weekend, celebrating the 2012 Olympics.

2013/14 sees numerous premieres in Europe, Australia and the USA with the choirs of Westminster and Liverpool Metropolitan Cathedrals, Philadelphia’s St Mark’s Episcopal Church, Chanticleer, the Welsh Sinfonia, Ernst Kovacic & the Leopoldinum Orchestra, the Albanian TV & Radio Symphony Orchestra and the London Mozart Players (with whom she has been appointed inaugural Associate Composer from 2012 – 15). Her multi-faith choral CD Love Abide (www.loveabide.com) was released this February to critical acclaim.

2014 is the centenary of Roxanna’s father’s, Andrzej Panufnik, birth – many concerts, recordings and events including father-daughter programming will be happening over this year – please do visit panufnik.com for further details (which will be regularly updated through this year and next).

Roxanna’s compositions are published by Peter’s Edition Ltd and have been recorded on many labels including Warner Classics and EMI Classics.